This is a writeup of the problems my team solved in the Murcia contest, which we were participating in as preparation for SWERC. Those people are way better than us, but we will not give up!

The problems are given the UVa numbers that will soon appear.

At first read this problem seems easier than it really is. But it’s not a hard problem, it’s actually a fairly straightforward simulation.

The core of this problem was keeping track of the different memory accesses since the last access of each address, and then counting them in an efficient way. We solved this by storing which addresses had been accessed as a bitmask. You can very easily reset the bitmask by setting it to 0, and count the number of ones in the bitmask with GCC and Clang’s __builtin_popcount.

The algorithm is the following:

In the end, you output the mean from the sum you gathered, or NaN if the divider is 0.

We technically did not solve this problem within the contest, but came very close. The night after the contest, when sitting down to look at the problems again, we found what was wrong in 5 minutes.

You need to do two things here. First, find the strings’ locations and where they intersect. Then, compute the maximum matching of vertical and horizontal strings.

First we look at the character matrix horizontally, and store the position of the found “GARBANCILLOS” in a sorted vector, one for each row. We also store its future index in the graph of intersecting strings in an std::map. Then we look at the character matrix vertically, and when we find a match we binary search for the possible horizontal matches in each row. If one is find, the edge is added to the maximum-matching matrix.

Finally, we output the maximum matching of the matrix we built.

Thus, we assign producers the number 1, and consumers the number -1. We create pairs of <price, assigned number> for each of them, and sort those pairs. We increase the price of the consumers in the pairs by 1 because that is when the consumer will start being unhappy. We sort this sequence and then iterate over it, keeping a sum of all the assigned numbers we have found. The point where this sum is maximum is the optimal point.

Here is the code

However, the name of the problem in the contest is “Spray Graphs”. And the page’s title is “Spary graphs”. Haha.

You are given the graph structure in the picture. In this picture, each “level” of the graph has an assigned letter. We can build more levels by branching every node in right angles as shown in the figure.

Given a number of levels, compute how many paths there are to get to any of the leaves. The levels range from 1 to 30.

Notice two things about this graph. First, it has four-way symmetry around the central node, so we can just compute the paths of a quarter of the graph and then multiply by 4, we can get the answer.

It is also very much like a grid, each node’s paths come only from the nodes to the left and up.

Here’s the grid for a size 5 graph:

Finally, just add up the leaves (the last diagonal), and multiply by 4. Bingo! 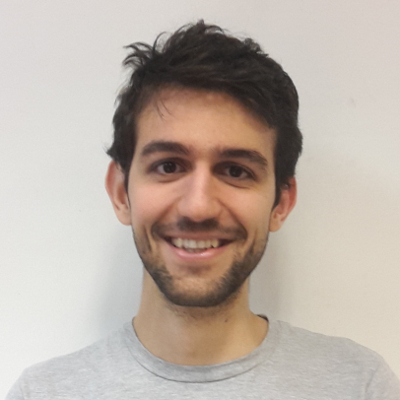